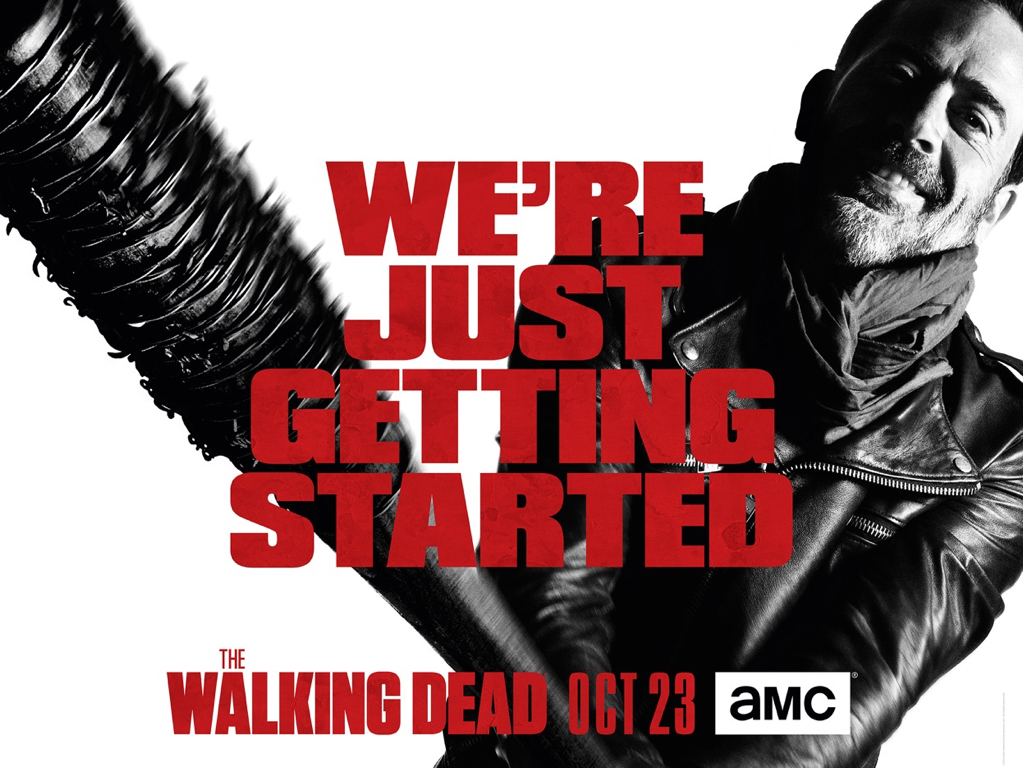 Jeffery Dean Morgan as Negan in the Season 7 key art for "The Walking Dead." (AMC)

How to win tickets to ‘Talking Dead’ live show

AMC will broadcast a live, 90-minute special edition of Talking Dead, featuring all 12 cast members seen in the final scene of the Season 6 finale of The Walking Dead.

AMC also announced that more than 2,000 TWD fans will have the opportunity to win free tickets to a screening of “The Walking Dead” Season 7 premiere and “Talking Dead” taping at Los Angeles’ iconic Hollywood Forever Cemetery.

“It feels fitting to literally share this night with the fans whose support have made this show what it is today,” said Charlie Collier, president of AMC, SundanceTV and AMC Studios. “As a fan myself, even I crave a supersized ‘Talking Dead’ to do what it does best—serve as a focal point for fans—… to experience, discuss and process together this emotional episode.”

“The Walking Dead” reigns as TV’s most watched drama for adults 18-49 for the last four years. Kirkman based the show on his comic book series from Image Comics. “The Walking Dead” tells the story of the months and years that follow after a zombie apocalypse. It follows a group of survivors, led by police officer Rick Grimes, who travel in search of a safe and secure home. The series is executive produced by Gimple, Kirkman, Gale Anne Hurd, David Alpert, Greg Nicotero and Tom Luse.

All info from AMC press release