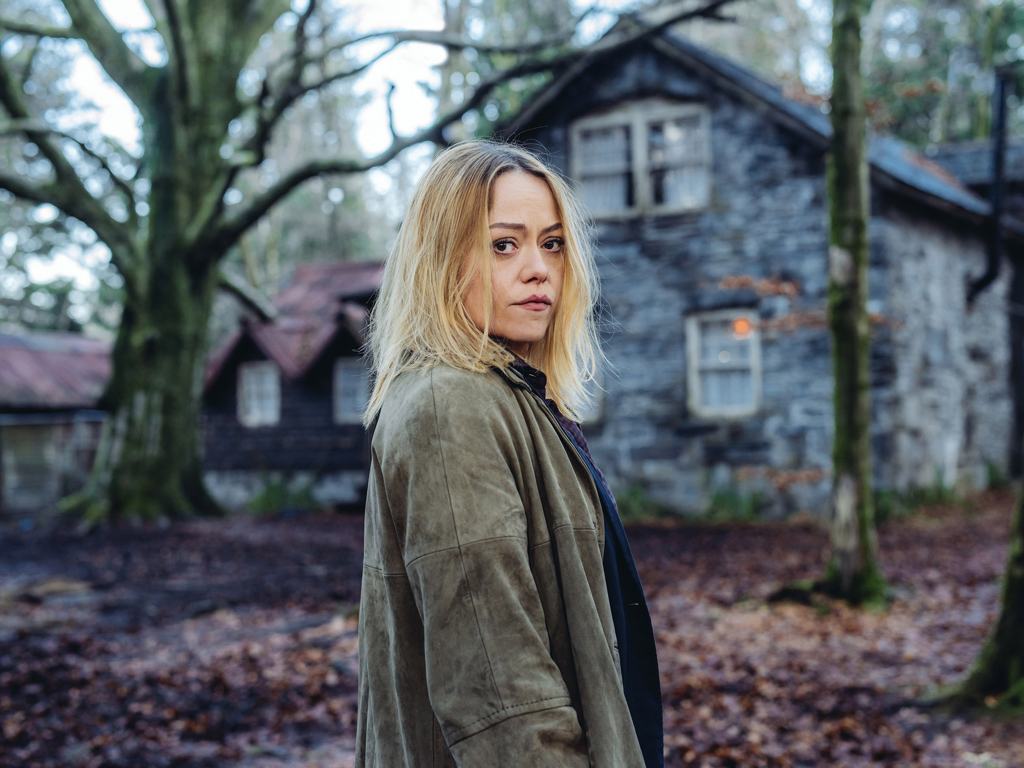 Following its successful U.S. premiere of the Welsh drama Keeping Faith, Acorn TV debuts another thriller from Wales, Hidden (Craith), as part of its July schedule.

Mark Andrew and Ed Talfan, the award-winning team behind the global hit “Hinterland,” created the gritty Welsh crime drama about a detective who returns to her hometown where she investigates the murder of a young woman. “Hidden” premieres July 16.

Check out the full Acorn TV July 2018 calendar below.

Orla Brady and Finbar Lynch star in this compelling Irish thriller that explores the sinister underbelly of European high finance.

When journalist Terry Corcoran (Lynch) discovers a tenuous link between the murder of a young car thief and the suspicious death of a corrupt accountant, his journalistic instincts lead him to connect their deaths with a missing laptop computer stolen from a prominent German banker. He joins forces with Nina Kupreka (Sidse Babett Knudsen), a Danish-Albanian who believes her sister has been sold into sex slavery in Ireland, and Maureen Boland (Orla Brady), the newly appointed Press Officer for the Social Democrats. The trio begins to draw the threads of truth together, linking these murders and human trafficking to the rise to power of the about-to-be elected Taoiseach, Myles Carrick (Bryan Murray). Series 2 features 11-year-old Saoirse Ronan.

Dee Stanton (Jemma Redgrave) seems to have it all. She’s progressing up the career ladder and her boyfriend, Dominic (Robson Green), has just proposed. It’s a far cry from the day 11 years ago when she arrived home with her young son to discover that her husband Paul has been arrested for brutally murdering four young women.

Now Dee’s 15-year-old son Jamie is determined to find out more about his father. With his interest verging on obsession, he researches the case on the internet and finally meets his dad.

Then one day, Dee is forced to face a mother’s worst nightmare when Jamie is accused of strangling a fellow pupil at school. Is he turning out like his father—a serial killer serving life for four counts of murder? Is nature stronger than nurture, or is prejudice going to condemn Jamie anyway? Phil Davis and Tara Fitzgerald also star.

Amanda Redman (left) stars as Grand Duchess Pauline and Elizabeth Garvie plays Jane Cleveland in the “Jane In Search of a Job” episode of “The Agatha Christie Hour” on Acorn TV. (Handout)

PBS’s “Mystery!” broadcast these 10 tales of intrigue and romance from renowned mystery writer Agatha Christie: “The Case of the Middle-Aged Wife,” “In a Glass Darkly,” “The Girl in the Train,” “The Fourth Man,” “The Case of the Discontented Soldier,” “Magnolia Blossom,” “The Mystery of the Blue Jar,” “The Red Signal,” “Jane in Search of a Job,” “The Manhood of Edward Robinson.”

The faltering health of her beloved father brings DCI Cadi John (Sian Reese-William) to her childhood home where she polices the precinct and people of her youth. She never expected to return to her hometown, but she enjoys the job. When the body of a local woman is found in a remote mountain river, Cadi’s world—and the world of those around her—is changed forever. Rhodri Meilir, Gwyneth Keyworth and Sion Alun Davies also star.

Featuring acclaimed novelist Angus Wilson’s colorful characters and grim, pitiless humor, the series follows Gerald Middleton (Richard Johnson), a disillusioned 60-year-old historian. As a student in 1912, he witnessed the unearthing of a controversial phallic idol in an archaeological dig. That find—and his subsequent affair with his best friend’s fiancé—sowed the seeds of tragedy that haunt Middleton and his wildly dysfunctional family. To gain peace with his past, Middleton determines to discover the truth about the mysterious idol and his own life’s folly.

In the final season of the Australian comedy-drama, Louisa (Kerry Armstrong) embarks on a new chapter of her life as co-owner and editor of the Rainbow’s End Echo. She is in love with Nick (Jay Laga’aia). Her daughter, Holly (Hanna Mangan-Lawrence), plans on attending university in Melbourne. But Louisa’s mother, Minna (Julia Blake), is gripped with a grief that threatens to sink her after the death of her partner.

Birds Of A Feather Christmas Special

A special Christmas episode of the long-running BBC sitcom that ITV revived in 2014. Sharon (Pauline Quirke), Tracey (Linda Robson) and Dorien (Lesley Joseph) aren’t sitting around in Chigwell waiting for Santa as Christmas approaches. When Travis goes missing in Morocco, our heroes head off by plane, ferry, car and camel to bring him home for the holidays. They meet old friends and new enemies along the way.

Actor Julie Walters rides the UK’s most beautiful coastal railways from Scotland to Cornwall. She takes Scotland’s West Highland Railway and the Hogwarts Express in the first episode. In subsequent episodes, she takes the East Coast Line, travels the Great Western Road and rides from Wales to Liverpool. Along the way she discusses smuggling and spy history and visits a haunted castle, among other adventures.

When Tessa Piggott (Wanamaker) goes through a difficult breakup (her married ex-lover and ex-boss left her for a younger mistress), she looks for a new job. Deciding to leave the rat-race, she finds a position in a charitable organization with an old college friend, Diane Warburg (Lapotaire). Tessa also finds a new boyfriend in Frank Carver (Faith), a roguish entrepreneur who’s learning how to live with his college-age daughter.

The series follows Tessa and Frank’s romance and the stories of their friends and families.