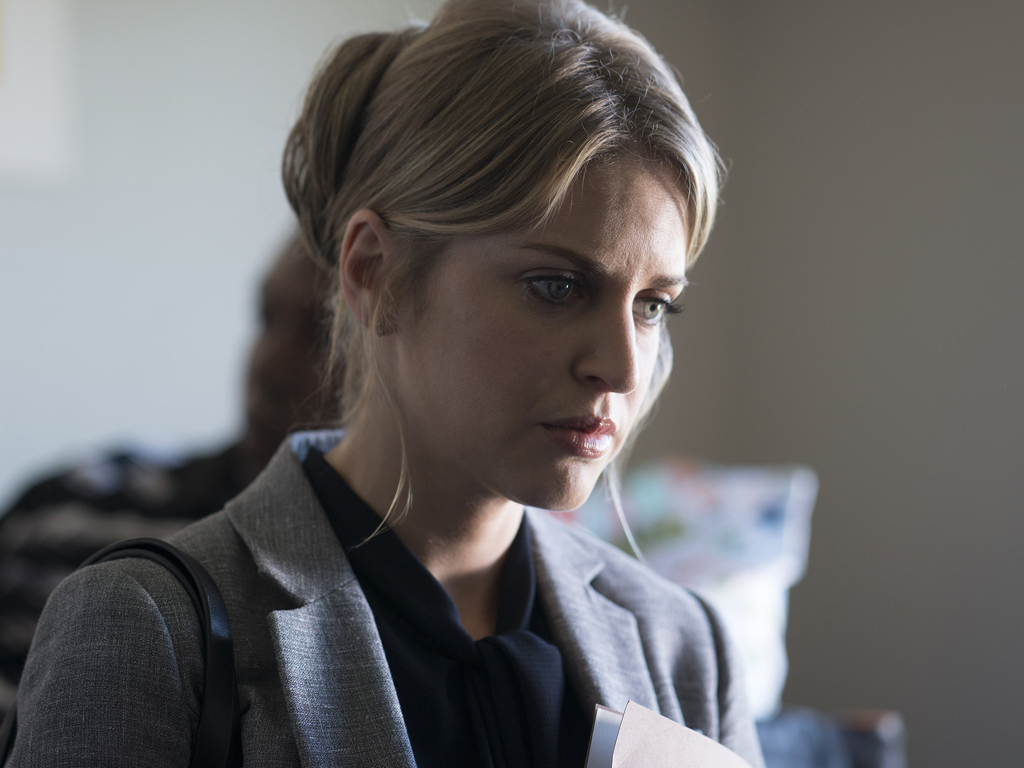 Amy Huberman stars as Tara Rafferty in “Striking Out” on Acorn TV. (Handout)

Throw in a couple documentaries, more episodes of “The Heart Guy,” “Girlfriends” and “Murdoch Mysteries,” and you have a find month of viewing on the streaming service dedicated to shows from all over the UK and beyond. Check out the complete calendar below.

Dawn French (“The Vicar of Dibley”) and Emilia Fox (“Silent Witness”) star in this British drama series about food, love and infidelity in Cornwall. In Series 2, with business booming at the Penrose and Gina and Sam’s fragile friendship lasting, they are on the lookout for a new protégé in the kitchen. Unfortunately, it’s not long before the dynamics of family, love, rivalry and life start to get in the way of their tranquility. Not least when Gina’s estranged father (Franco Nero) turns up at the doorstep combined with further surprises from the past and the impact of Leo’s (Iain Glen) legacy.

The series follows a charming and genius doctor (Rodger Corser) forced to return to his hometown and become a local doctor after his personal life spins out of control. Known as “Doctor, Doctor” in Australia.

Interview: Phyllis Logan lets her hair down in Girlfriends

Set in Toronto in the late 1890s, the mystery series centers on Detective William Murdoch (Yannick Bisson), a methodical and dashing detective, who enlists radical new forensic to solve some of the city’s most gruesome murders. New episodes each week.

Nicholas Lyndhurst (“New Tricks,” “Only Fools and Horses”) stars as Gary Sparrow, an accidental time traveller, in this 1990s BBC sitcom. Gary leads a double life after discovering a time portal that allows him to travel between 1990s London and the same area during the Second World War. Acorn TV will add seasons 3-6 on consecutive weeks.

With their trade-mark enthusiasm and facial hair, Si King and Dave Myers are back to reveal the history behind the pubs of Britain in this BBC Two series. Si and Dave traverse the country to find the most interesting tales and traditions behind these most British Institutions.

Led by 2017 Irish Film and TV Academy Winner and 2018 nominee for Best Actress in a Lead Role in a Drama Series Amy Huberman, this Irish legal drama became Ireland’s No. 1 new drama last year as well as one of the top series of 2017 for Acorn TV. Neil Morrissey (“Grantchester,” “The Night Manager”) also stars.

Confidently now her own boss, Tara strikes back in Season 2. Morally challenging scenarios will push Tara and her team in their personal and professional lives. Tara and Eric’s complex relationship remains center stage, and the arrival of Eric’s brother Sam brings added tension and intrigue. Eric will face tough personal and professional choices in this series as he investigates the increasingly dubious actions of his father, Richard Dunbar.

From the creator of “Prime Suspect,” Lynda La Plante, comes this 2001 British TV film following Frances O’Neil (Fiona Shaw), an ex-nun and criminal profiler whose job description entails reaching into the depths of murderer’s minds. Convinced through intuition that three murders are connected, O’Neil is determined to find the common denominator that links the three. Despite criticism from her colleagues skeptical of her unscientifically justified processes, O’Neil uses her expert insight into psychology to triumph through a series of mind games. Colin Salmon co-stars. Chiwetel Ejiofor appears in an early role.

Professor David Reynolds takes a fresh look at the extraordinary events and personalities involved in the Armistice which brought the First World War to an end in 1918.  He uncovers a story of wounded egos, political scheming and brinkmanship behind the lines as statesmen and generals haggled over the terms of peace while, at the front, the soldiers fought on.

This BBC series marks the centenary of World War I. Tracing the legacy of the Great War through 100 years and 10 different countries, historian David Reynolds examines how the war haunted the generation who lived through it and shaped the peace that followed.  There’s a strange paradox about the Great War.  For us now it’s a static, futile and inconclusive conflict. Yet David Reynolds shows how this deadlocked war unleashed huge dynamic forces that have pummeled the whole century since 1914. Over three episodes, he examines the conflict’s impact on politics, identity and national memory—and builds a powerful argument about the shadow cast by the Great War and the forces it unleashed which we still grapple with today.