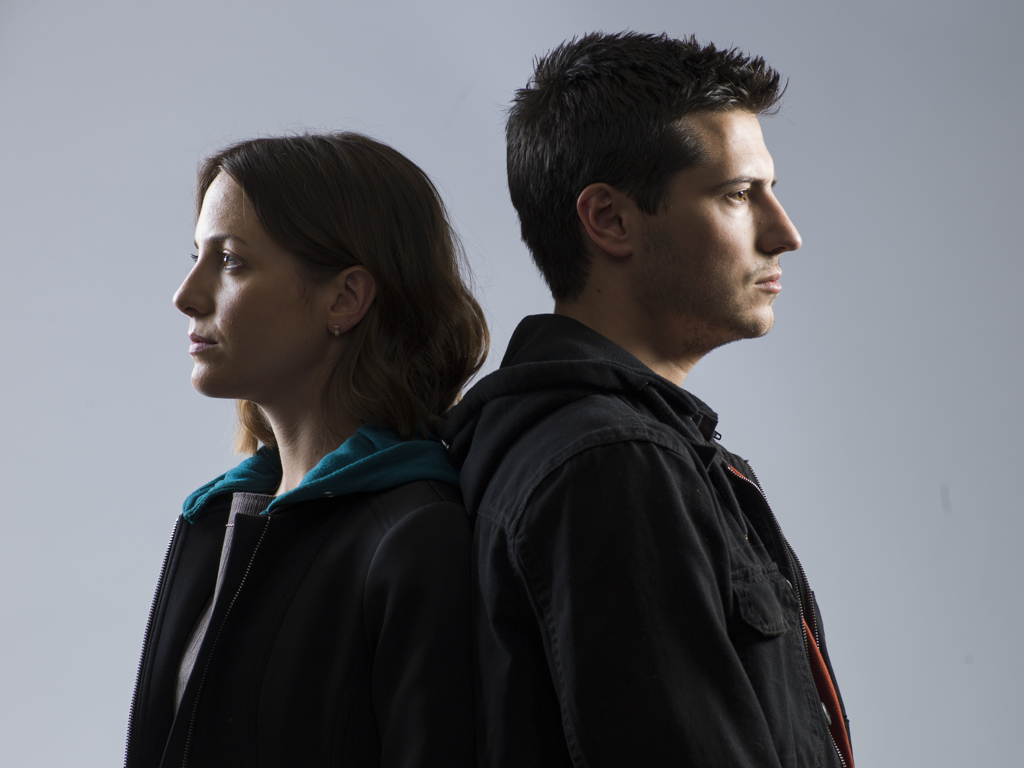 Set against the backdrop of post-World War II Australia, “A Place to Call Home” has followed the intertwined fates of nurse Sarah Adams and the wealthy Bligh family over six seasons. Marta Dusseldorp stars as Sarah, who has fought against anti-Semitism, homophobia, classism and one ruthless rival for the affection of the Bligh heir. The series wraps up this month with the final four episodes.

Acorn TV premieres “Bang” this month as well. This acclaimed crime series follows in the footsteps of two popular Welsh dramas “Keeping Faith” and “Hidden.” The family saga tells the story of a brother and sister who stand on opposite sides of the law. She is a police woman looking for the owner of a gun used in a murder—a gun her brother has in his possession.

The season 3 finale of New Zealand family drama “800 Words” also streams on the service this month. Check out the full Acorn TV October 2018 calendar below.

The cast of “A Place to Call Home.”

Mary Wesley’s WWII tale of life and love among the leisured class becomes a lusty, darkly humorous drama. In August 1939, five cousins gather at their uncle’s big house on the Cornish coast. Their youth and the imminence of war charge the air as they frolic on the fragrant lawn and tempt fate on the terrifying cliffs for one last, sultry summer. As they return to the house nearly half a century later for a funeral, they recall how the war rearranged their lives and brought them suffering, sex and love. Felicity Kendal, Jennifer Ehle, Tara Fitzgerald, Rosemary Harris, Claire Bloom, Rebecca Hall and Toby Stephens star.

In this popular British crime drama, Robson Green stars as a psychologist who gets inside the minds of both killers and victims to aid the police in solving gruesome serial killings in Northern England. Hermione Norris co-stars.

This hugely popular and award-winning New Zealand family drama closes its season with Logie winner Erik Thomson as George Turner, a man making a home for himself and his family in a beautiful and quirky New Zealand coastal town.

3-episode travel doc, 2016; U.S. premiere
One of Britain’s most popular television pairings, Christopher Timothy and Peter Davison, famed for their roles in “All Creatures Great and Small,” go back to the 1930s to relive the Golden Age of Motoring. Getting behind the wheel of the 1936 designed Morgan 4/4, they set out on a series of road trips along some of Britain’s most beautiful vintage roads. Taking inspiration from old travel guides of the day and traveling the most iconic sights of the regions, they experience the thrills of the era when Britain first fell in love with the motor car and when the open road was a gateway to adventure and exploration.

2 feature-length episodes, 2001
Daniel Craig stars in the acclaimed adaptation of Evelyn Waugh’s WWII literary classic. The James Bond actor plays Guy Crouchback, an English gentleman who joins the war searching for moral redemption after a devastating divorce. Along the way his quest dissolves in the face of blunders, failed missions and warped characters that he meets from the first moment of training to his last military assignment in Communist Croatia. Crouchback’s ex-wife comes back into his life as he heads off to war, taunting him for his rigid morality until, eventually, she needs to rely on it.

Series 1, 2017, 8 episodes; exclusive U.S./Canada premiere
In the steel town of Port Talbot, loner Sam comes into possession of a gun and starts to break the law, transforming his life and that of his ambitious policewoman sister, Gina, who makes it her mission to find the owner of the weapon. The family saga plays out against an inquiry into the shooting of a local businessman that raises questions for Sam and Gina about their father’s murder when they were young children. BAFTA award-winning writer Roger Williams’s drama was nominated for five BAFTA Cymru Awards, including for Television Drama and Writing.

Young, Gifted & Classical: The Making of a Maestro

Sheku Kanneh-Mason made history in 2016 when he became the first black winner of the BBC Young Musician competition. Sheku has six musically gifted siblings and this film explores their extraordinary talents and issues of diversity in classical music. The BBC documentary examines the sacrifices that parents Stuart and Kadie make in order to support their children in pursuing their musical dreams.

At the heart of the story is 17-year-old Sheku, and we see him coming to terms with his Young Musician win and the pressures and opportunities it brings. His life is changing dramatically as he now has to learn to deal with the challenges of becoming a world-renowned cellist. He gets advice from those who have trodden this path already, including international violinist Nicola Benedetti and renowned cellist Julian Lloyd Webber.

The documentary culminates with Sheku’s biggest performance to date, playing at the world-famous Royal Festival Hall in London, with Britain’s first all-black and ethnic minority orchestra, Chineke! As the preparations for this ground-breaking concert begin, the film explores what it means to be a young, black, classical musician in today’s society.

2011 miniseries
Award-winning adaptation of Tim Winton’s bestselling novel, this six-part Australian miniseries is exquisitely filmed with an outstanding ensemble cast led byKerry Fox and Essie Davis. Set around Perth from 1943–1963, the story follows two rural families, each scarred by catastrophe, who end up sharing a large, ramshackle house that shudders and groans with memories of its own. The Lambs are hardworking, God-fearing, and devastated by a horrific accident. The Pickles are luckless and derelict, blown by the winds of fate and their own bad decisions. The families couldn’t be more different, yet they find common ground beneath the same roof. Years pass and they stay together—shouting, brawling, laughing, loving and enduring.