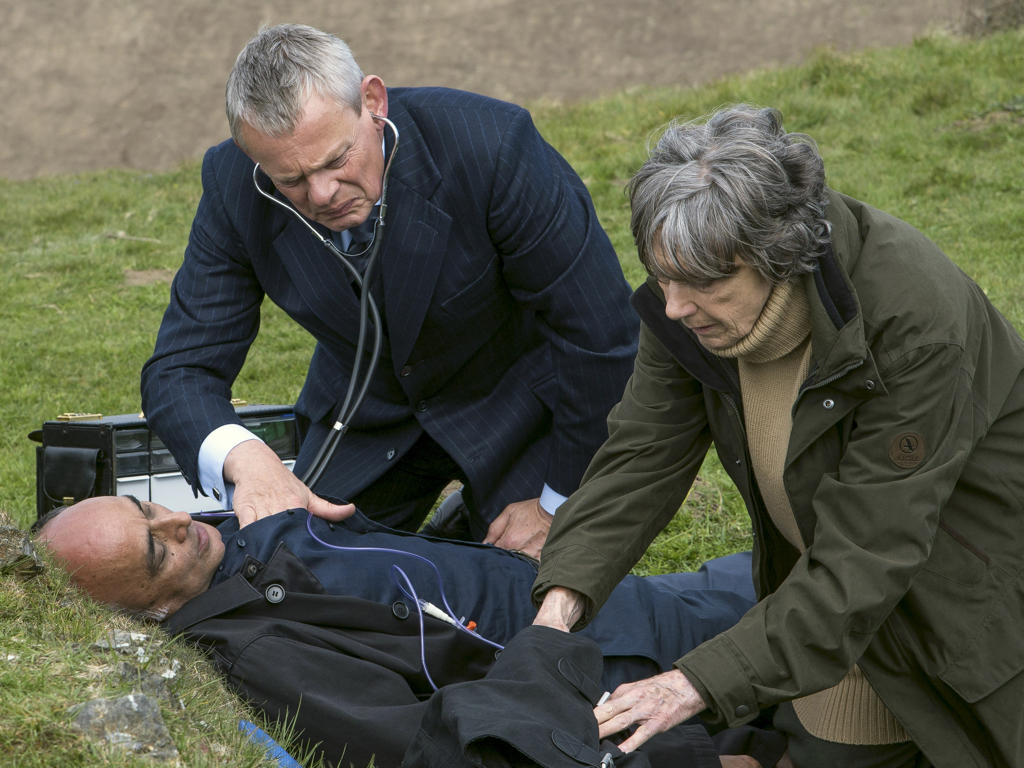 Acorn added a late-breaking exclusive U.S. premiere to its September calendar: Season 8 of the popular hit “Doc Martin.” New episodes will premiere on Acorn TV just days after the British premieres. Learn more about the show below.

One of Canada’s best TV imports, the police drama “19-2,” ends its four-season run this month with our heroes in peril as they fight gangs and killers. Acorn also has two dramas from “Prime Suspect” creator Lynda LaPlante: “The Governor” follows the first woman warden at a maximum security prison, while “The Commander” tells the story of another complex woman who is a high-ranking police officer.

On the lighter side, the new Aussie legal series “Newton’s Law” premieres exclusively in the U.S. Click the link in the show’s title to read my mini-review. Read more about the Acorn TV September 2017 premieres below.

Janet McTeer as prison warden Helen Hewitt in “The Governor.”

This 1995-’96 British drama stars two-time Oscar-nominee Janet McTeer as Helen Hewitt, the first woman put in charge of Barfield, a maximum security prison that nearly had been destroyed by a disastrous riot. Despite being greeted with open hostility by inmates and with little enthusiasm by prison staff, she is determined to clean up the place. The series guest stars Oscar-nominee Sophie Okonedo, Eamonn Walker of “Chicago Fire” and Idris Elba in one of his first roles. “The Governor” comes from Lynda LaPlante, the creator of “Prime Suspect.”

This behind-the-scenes special about “Doc Martin” debuts before the October premiere of Series 8 on Acorn TV.

Broadcast in the U.S. on PBS as “Manor House,” this Channel 4 reality series follows as a group of people fill the traditional roles of an Edwardian Country House in Scotland. One family took on the mantle of privilege while 12 individuals bore the yoke of service. For three months, they volunteered to immerse themselves in a world of social inequality and rigid class distinctions as they move through time from 1905-1914.

The final two episodes in the first season of the must-see medical drama set in India.

From the team behind international hit “Miss Fisher’s Murder Mysteries,” this new Aussie legal drama stars Claudia Karvan as a suburban solicitor who attempts to return to her briefly glorious career at the bar. (8 episodes total)

The popular British series stars Martin Clunes as the tactless, self-centered and uptight doctor of the title, who has his practice in Portwenn, a quirky seaside town in Cornwall. After having therapy to save their marriage in the last season, Doc Martin and Louisa (Caroline Catz) face the challenge of living happily together with their baby, James Henry. The new eight-episode season premieres every Thursday through Nov. 9, when the complete season will be available for binge-watching. All seven previous seasons already are available.

The final season of this Canadian Screen Award-winning and International Emmy-nominated police drama premieres exclusively in the U.S. on Acorn TV. Canadian Screen Award-winning actors Adrian Holmes and Jared Keeso star as Nick Barron and Ben Chartier, respectively. Partners in the Montreal Police Department, the pair work to avenge the death of Nick’s sister in Season 4. They find themselves pulled into an escalating gang war that will see the whole squad pushed to their limits, forced to depend on each other more than ever before. Not everyone will make it out of this season of personal growth and terrible tragedy.

This 2010-’12 BBC2 sitcom stars Simon Amstell as a television presenter searching for something more meaningful to do with his life.