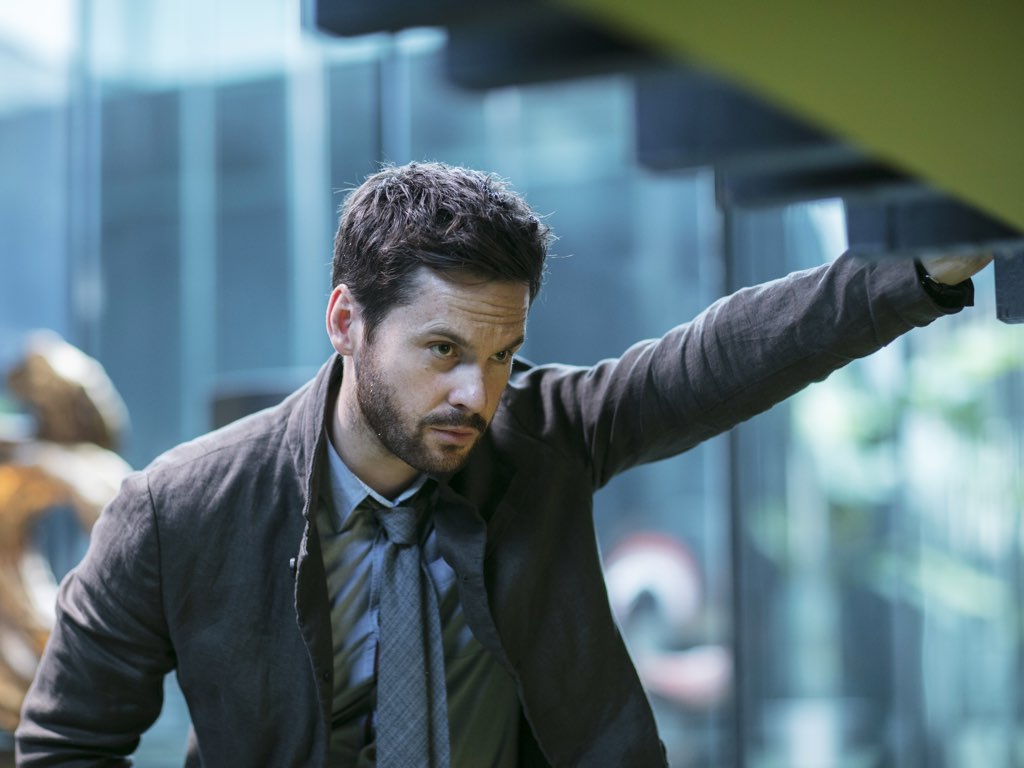 BritBox debuts its latest original series, Dark Heart, along with sci-fi thriller The City and the City, and marks the 100th anniversary of Armistice Day as part of its November programming calendar.

The first two episodes of “Dark Heart,” a crime drama from critically acclaimed writer Chris Lang (“Unforgotten,” “A Mother’s Son”), originally aired in 2016 in Britain as a two-hour series pilot, but the show didn’t go any further. Now those episodes have been refreshed, and four new episodes added to the first season. It airs on ITV in Britain and as a BritBox original here.

Keep reading for more about on the rest of the BritBox November schedule.

Based on a novel by Scottish author Iain Banks, this mystery follows Stewart Gilmour (Christian Cooke) as he returns from London to his hometown for the funeral of his close friend. Once back in familiar settings, he is forced to face his own troubling past.

James Hacker (Paul Eddington) is the British Minister for Administrative Affairs and can at last carry out his attempts at departmental changes and reforms — or so he thinks. Yet he is totally unprepared for the deviousness of his contemporaries including  Permanent Under Secretary, Sir Humphrey Appleby (Nigel Hawthorne), who has a long and distinguished reputation for putting politicians in their place. This political satire is a true UK original that has since become a trademark of British sitcoms.

In this sequel to “Yes, Minister,” voters propel Jim Hacker to the highest political office in the land, Number 10 Downing Street, following a campaign to “Save the British Sausage.” Fortunately for the country, his machiavellian mentor, Sir Humphrey Appleby, is more than willing to help him steer the unsteady ship of state through the perilous waters of government.

Haunted by the grisly and unsolved murders of his parents, DI Will Wagstaffe (Tom Riley), a workaholic with a personal life as troubled and complex as his day job, investigates a string of horrifying crimes in the latest BritBox original. Miranda Raison, who will soon be seen in “NightFlyers” on Syfy, and Edward Akrout also star.

Daniel Radcliffe leads an all-star cast in this biographical drama based on the true story of Jack Kipling (Radcliffe), son of acclaimed British author Rudyard Kipling (David Haig). After being repeatedly refused admittance into military service, Jack is determined to become a soldier with help from his dad, who uses his influence to make his son’s dreams come true. Yet after his unit suffers an attack, Jack is reported missing, and it will take unstoppable faith and determination by his parents to uncover the truth. Kim Cattrall and Carey Mulligan also star in this moving and intense family drama about duty and sacrifice.

Women of World War One

In this series of short films, distinguished war reporter Kate Adie thoroughly examines the status of women and their impact during World War I, as they entered the workforce in multitudes.

This five-part drama explores the events of Work War I through the eyes of British teen Tommy Edwards (Patrick Gibson) and Michael Lang (Jack Lowden) from Germany, as the war takes a demanding toll on their lives.

As chaos took over above ground during World War I, soldiers also fought a barbaric war deep beneath the trenches, in a maze of tunnels and dugouts over 10 meters underground. This two-part documentary traces an unprecedented, hi-tech search for one of the last Allied dugouts, deep beneath the cornfields in Flanders, Belgium.

Join the Royal family and service members as they commemorate the centennial anniversary of Armistice Day. BritBox will bring the events of the day to audiences through its live stream, as Great Britain honors those who gave their lives in service their country since the first World War.

Sophie Raworth, Fergal Keane and Sean Fletcher present live coverage from Westminster Abbey to mark the Centenary of the Armistice. Her Majesty the Queen, other senior members of the royal family, the Prime Minister, leading politicians and representatives of nations from both sides of the war attend the service.

“K” is the letter for this knockout season of “QI,” one of the UK’s most popular panel shows. Comedian Stephen Fry hosts this hilarious season as panelists are rewarded for not only having the right answer but also those that are “quite interesting.”

The City and the City

British author China Miéville’s acclaimed novel becomes a compelling TV thriller. David Morrissey stars as Inspector Borlu, a member of the Extreme Crime Squad in the fictional European city-state of Beszel, where he takes on the case of a murdered foreign student. It seems to be just another run-of-the-mill case until he discovers evidence that the dead girl had been visiting a forbidden twin city. The shocking news leads him on a wild hunt for the truth. Lara Pulver, Christian Camargo, Mandeep Dhillon and Robert Firth also star.

Marama Corlett and David Morrissey in “The City and the City.” (Des Willie/BBC)

Detective Superintendent Peter Boyd (Trevor Eve) leads a police team of detectives and scientists known as the Cold Case Squad. The team revisits unsolved murder cases using the latest technology and modern methods that may not have been available during the original investigations. Claire Goose, Tara Fitzgerald and Sue Johnson also star.